The Agency for Information and Privacy (AIP) on the occasion of the International Day for the Protection of Personal Data, held today in Pristina a conference on “Data Protection and Freedom of Expression -‘’Now Safer”.

At the opening of the conference proceedings with the motto “Now Safer”, the Commissioner of the Agency for Information and Privacy, Mrs. Krenare Sogojeva – Dërmaku, noted that the protection of personal data is a challenge for the institutions of the Republic of Kosovo, but it is also a need that this issue be regulated in the best possible way, respecting the rights of each party. 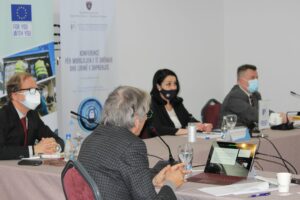 “AIP is doing everything possible for the citizens of Kosovo to understand the importance and their right to protection of personal data, a right guaranteed by the Constitution of the Republic of Kosovo and the relevant law,” said further Sogojeva-Dërmaku. 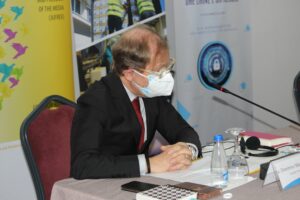 The representative from the European Union office in Pristina, Mr. Dimitros Machairidis, and the Head of the Council of Europe in Prishtina, Mr. Frank Power, expressed their greetings to all present and highly praised the commitment of the Agency for Information and Privacy in respecting the right to Freedom of Expression and Freedom of the Media, by overseeing in the same time the implementation of the legal provisions of Law no. 06/L-82 on Personal Data Protection. 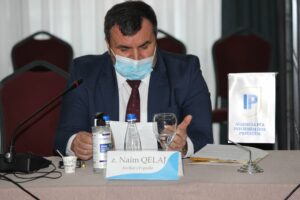 A great contribution in guaranteeing the human rights and freedoms, as it was said at this conference, has been given by the Ombudsperson.

Naim Qelaj, the ombudsperson, during his greeting speech, said “Within the last year, our institution has received a significant number of complaints for access to public documents compared to 2020, this shows a lot about the role and impact that the appointment of the Commissioner for Information and Privacy in the relevant institution has had.’’. 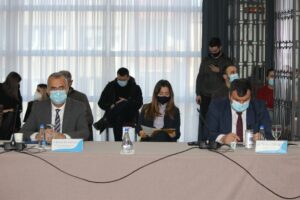 Part of the conference was Mr. Enver Dugolli – Deputy Chairman of the Parliamentary Committee on Security and Defence, who among other things said that ‘the Agency already enjoys full trust by the representatives of the Assembly for the work they are doing’, highlighting the raising of public awareness for implementation of two laws, with special emphasis on the Law on Access to Public Documents.

One of the aims of this conference was to bring around this discussion roundtable the eminent international and local representatives, who would share their experiences and practices in the field of personal data protection and freedom of expression.

In this context, an extraordinary contribution was given by Flutura Kusari – Legal Advisor ECPMF/AJK and Jeta Xharra – Investigative Reporting Network (BIRN) with their speeches related to the topics of the respective field. They reflected on the current situation with concrete cases faced by journalists in terms of data protection and privacy, while in the same time making efforts to triumph in their right for freedom of media.

At the end of this meeting, Mrs. Sogojeva Dërmaku, presented the conclusions that resulted from the discussions of those present:

Finally, the Commissioner for Information and Privacy thanked all those present for their commitment, and for the continuous support provided by the institutions, non-governmental organizations, civil society, local and international representatives in the relevant field, in her work as a Commissioner of this institution.